Police Handcuffing 7-Year-Olds? The Brutality Unleashed on Kids With Disabilities in Our School Systems

From coast to coast, the incidents are as heartbreaking as they are shocking:

Please click on the link below to read the full article. 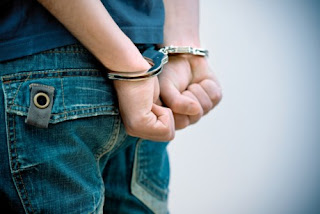 Welcome to Families Against Restraint and Seclusion

If you've clicked on this blog, most likely it's because you or someone you love has experienced the overuse or unnecesary use of restraint and seclusion. If that's the case, we're glad you've found us, but are sorry you've had need to. We're here to provide guidance and support to those who need it.For everyone else, we wish to inform you that restraint and seclusion are very real and could happen to anyone's children. Every day children with disabilities are restrained or put in seclusion against their will with no parental notification for "noncompliance" and "behavior issues." We understand that under emergency conditions restraint and seclusion may be necessary as a last resort in order to protect the child from harm to self or others, but in many cases these incidences could be avoided.It is our belief that all children should be entitled to a free, appropriate, and SAFE education in the public school system, as specified under IDEA.Together, we can make this a reality for our children!

Parent Guide – Prevention, Identification and Response to Restraint and Seclusion Developed by parents and for parents. Shouldn’t School Be Safe? is a guide covering the prevention and identification
of, as well as the response to, instances of restraint, seclusion or other aversive interventions.
View and download this report by clicking on the link
below.


NDRN (National Disability Rights network) is the nonprofit membership organization for the federally mandated Protection and Advocacy (P&A) Systems and Client Assistance Programs (CAP). There is a P&A/CAP agency in every state and U.S. territory as well as one serving the Native American population in the four corners region. Collectively, the P&A/CAP network is the largest provider of legally based advocacy services to people with disabilities in the United States.

If your child is being subjected to on-going restraint, secelsuion and aversive practices please, contact the Protection and Advocacy (P&A) Systems and Client Assistance Programs (CAP) in your state.

Don't forget to sign the Petition to ban the use of deadly face-down prone restraints - the form of restraint that has killed many children in residential treatment settings.

There are safe, alternative approaches.

Links to other sites